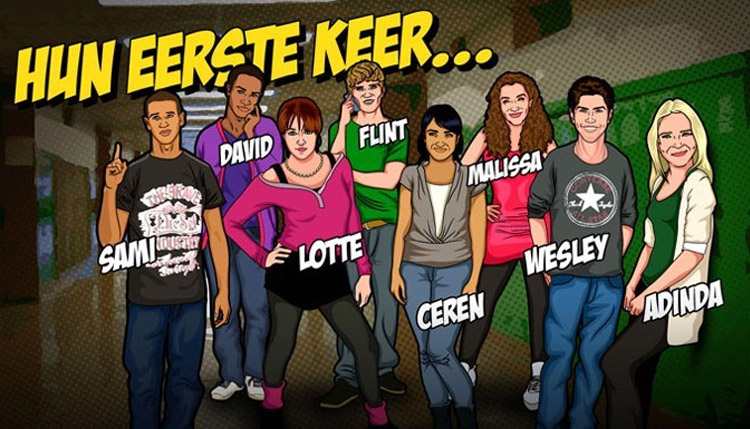 The youth finds it difficult to indicate their sexual wishes and boundaries. Dutch sexual health organization Soa Aids Nederland wanted to teach these teenagers how to talk about what they want and, even more important, what they don’t want. This is quite a task since teens refuse to listen to patronizing messages. Woedend! developed an interactive, transmedia story in which the target group can find out these things by themselves. We created eight different characters, based on research. The target group couldn’t just follow these kids, by reacting they could also influence their actions.

To seed the project we used channels our target group knows: vloggers. Adinda lost her diary and it was sent to popular Dutch vlogger Tekse, she was using her YouTube audience to find the owner. The viewers went searching for things that were written in the diary and they found Adinda, who was just going to join ‘Their First Time’. This way Teskes followers became Adindas followers as well. We used this technique in different ways, sometimes we sent personal items, like loveletters that lead to our story. Sometimes the vloggers and the characters created a video together, like our lovely Lotte and vlogger Dylan, who played Truth or Dare on YouTube.

Besides the main platform we used all different kinds of media, such as Facebook, Hyves, blogs, Twitter, YouTube, e-mail, text messages, Flickr, DeviantArt and Spotify. Content was shown in video, drawings, text, photos, music and games. Users could interact with the characters. They could give our participants advice about the situations they were in. We would use these tips and tricks to decide how the story would continue. For example our guy Flint wanted to hit on a girl but he couldn’t make it work. Viewers gave him pick-up lines to use and in the next movie Flint tries them out. This was both fun for the audience and for us! And they learn about the consequences of certain decisions.

We created a lot of discussion about the project and the subject. Questions about the campaign were asked in the Dutch Parliament, people were trying to get us banned from YouTube and others thought we were encouraging kids to have sex at a young age. But the people we were doing it for loved it. They digged into the stories and bonded with the characters. And most importantly: they got the message. After seeing ‘Their First Time’ 79 percent of the target audience declare that they think it’s (very) important to clarify their wishes and boundaries when it comes to sex. Want to take a look? www.huneerstekeer.nl

Who the f is Tim?