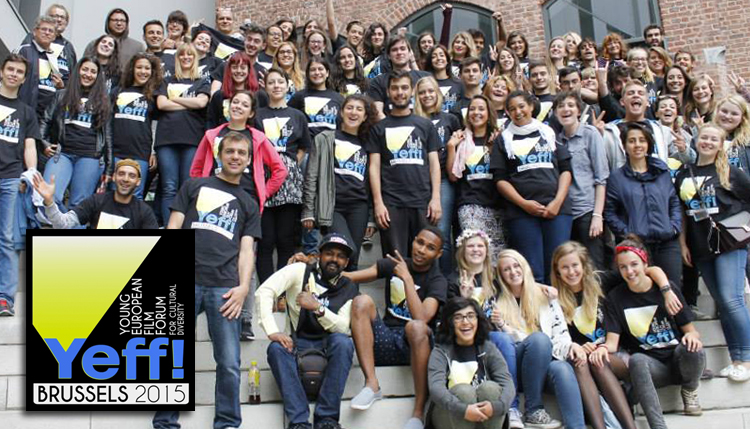 Team up in Brussels

This month I was one of the lucky few to join the Young European Film Forum. With four other Dutch participants, I traveled to Brussels for 10 days of international teamwork. A total of 60 people in the age of 18 to 25 from 11 European countries were devided in teams to make a short documentary about cultural diversity.

This cultural diversity was not just in front of our cameras, but also behind it. Working together with different cultures was great, but sometimes difficult. Language barriers, diverse ways of working and contrasting expectations could make it a little frustrating sometimes. But we did learn a lot of people skills.

In the end I am proud of our (French!) documentary: ‘Le Globoflexeur.’ It tells the story of Jonathan, a homeless balloon artist who lives a hard life in the streets of Brussels. To earn some money he makes balloon animals for children, but that reminds him of his own son who is in foster care. The short documentary received a special mention (Mention Spéciale) at the Festival Vidéo Créajeune in Luxembourg. Check it out: