On behalf of the MediaLab and Radio Netherlands Worldwide Babbe Noya and I have developed a project for (future) expat kids. Sam and his world-Reporters kids is one of the first transmedia productions in the Netherlands. The project has brought us the Silver SpinAward for Young Talent.

Children who are moving abroad will face a few issues:

To assist them with these challenges, we developed a transmedia project. The children are spread all over the world, so the best way to reach them is online. It is also good when they are actively engaged with the changes in their lives so that they cope with them better.

The online series is about Sam (Benjamin Murck), an 18-year-old boy who was an expat. He just became an editor at WorldKids and he is looking for reporters to bring stories from around the world. If you are moving abroad, you can also become a reporter. To show Sam that you can handle it, you need to do five assignments and then you’ll get the official WorldKids press card. 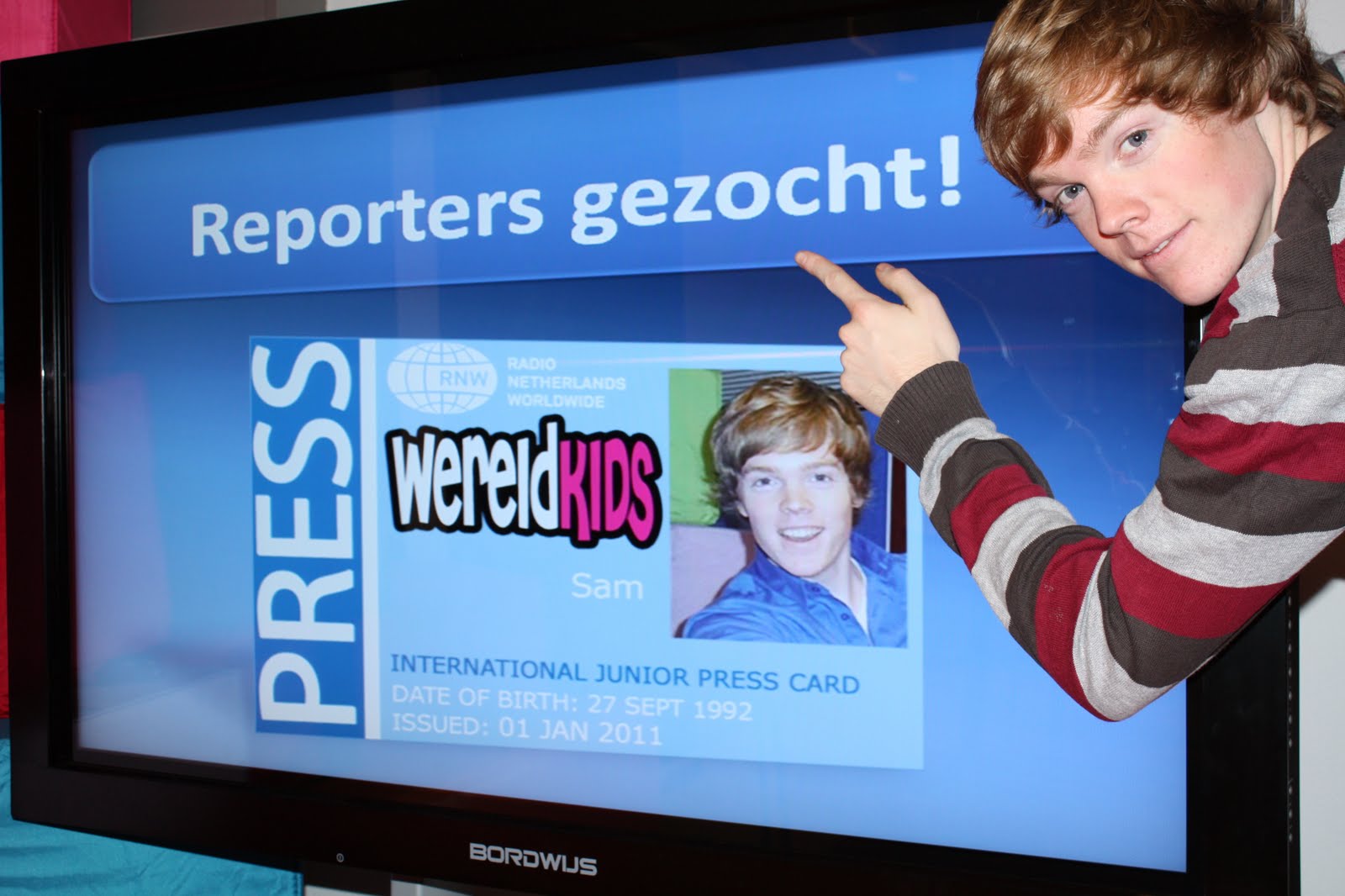 Sam is searching for Reporters

It is transmedia, because the story is told on various platforms and each platform tells a different part of the story. The children can also participate in the series, they can do things, make things and figure things out for themselves. They do this on different layers of the story.

At first there is the drama layer. Sam is being sabotaged by Mrs Schimscheiner (Griete van den Akker). She is an old-fashioned journalist who doesn’t want anything to do with the internet, social media, children or opinions. She was fired from the Radio Netherlands Worldwide and therefore takes it out on the new, creative Sam.

Then there’s the educational layer. The children learn journalistic skills through various movies and assignments, like how to write a good article or how to make a nice item. There are also interviews with a number of experts, they give the kids directions on things as radio and video, but also about homesickness. This way the children will prepare themselves for their life as an expat.

The third layer is about social media. The children learn to deal with social media like Facebook. So they can expand their network, and they can stay connected with family and friends in the Netherlands.

We produced the complete project and it will be launched soon. The series consists of 18 episodes, seven video interviews and five assignments. These are spread across various websites and platforms. Below you can see the introductory episode.

A silver spinring for Sam